Skip to content
Half A Relationship– Who Would Choose That? 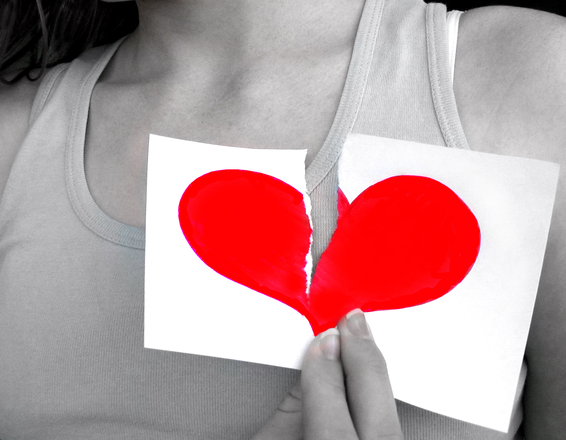 A client I had not seen in a long time came in for a session. She had recently gone through a break up which wasn’t an official break-up.

Ever heard of it?

She had been dating someone for the past nine months, where effort from him and intimacy hit its peak two months into the relationship. Then what was left were a lot of words… promises.

It was a long distance relationship, but she met his family and it was a love-fest with them. He was pleased, but his inability to ‘enjoy’ talking on the phone and seeing her too often continued to grow.

A month ago they went on a 10-day vacation where he presented the possibility that it was time to level up to boyfriend/girlfriend status. They shared a special connection and it seemed destined to move forth. After all, they were similar in many ways—even sending the same cards to each other. And as a bonus there was great chemistry! But back at home after the vacation, it started to unravel slowly. He was less available and more ‘put out’ to make time to see her, yet declared he didn’t want to lose her.

As she hung by a string, trying to figure out what exactly was going on, he brought a third party into the relationship, but still declared he wanted her in his life.

I share this because it is not uncommon, at least in my line of work. These half in/half out relationships, non-committal with action but can’t let go with their words, seem to affect generations of folks following the sexual revolution. WTF?

My client is a very intelligent, attractive, business woman; a Type A personality who knows what she wants and does not usually justify bad behavior or find herself unable to make a decision that would make her happier. But the fear of loss and abandonment, coupled with what she felt was a real connection, made it difficult for her to stop accepting breadcrumbs.

As the generations of people who did not get married at 19 and stay married their entire lives has expanded, so have the types of relationships many people find themselves in. All of these experiences take their toll on our self-esteem and self-confidence, dramatically increasing the fear factor. So as we get older, this phenomenon makes for some unusual situations.

It’s not to say that people who find themselves in these ‘sorta, kinda’ relationships have a fatal flaw or something is tragically wrong with them. On the contrary, many of these individuals are successful, stable, capable and want love as much as anyone. But wanting it and being available for it are two different things.

Many years ago I went this route myself.

I got divorced and went to therapy. After doing therapy for a few years, I thought I was in pretty good shape. I wasn’t. I possessed no clue as to what it meant to be anxiety-free, connected to myself, truly confident, whole, happy and not seeking outside validation to tell me I was lovable. I was still looking for someone to fix what was wrong with me or fill up the gaping hole inside of me.

On top of it, dating gave me extreme anxiety.

Download your FREE GUIDE: Take Control of Anger, Anxiety and Resentment in 3 Steps

Either the process of dating or being in a ‘sorta kinda’ relationship, or even a dysfunctional one. I had a couple of connections, just like my client, and thought each one was THE one. Instead they were both my greatest mirrors and lessons.

Who needed one while suspended like a yo-yo between closeness and distance? Being caught up in the intensity of having someone who understood me superseded the lack of time together and all the other red flags. My fantasy of what I wanted it to be would slowly fall apart. I was a mess, finding myself in situations that seemed inexplicable to myself, let alone to others.

I hear these words from so many people who contact me. They look for psychic readings, books and other people to tell them it’s okay to hope this shitty situation has a silver lining. It can have a great outcome, but not in the way most of us think.

We attract what we’re capable of dealing with, so in these symbolic relationships, as much as we want love, we have to look at how unavailable we are to its full commitment.

Many of us don’t want to give up because of the mind-blowing connection. Plus, for most who are time-constrained with their busy careers, the idea of not investing many hours together has appeal. That is until we recognize that instead of an increasing connection over time, as we seemingly get closer, there’s a decrease. We can have the most amazing connection to people who just aren’t available to meet us at the heart.

Who are these people?

They are married or in another half-assed relationship or perhaps even single, but entwined in their own past pain. They come fully loaded with an instruction manual as thick as a dictionary of terms and conditions, so we’re lucky to get any of their time or affection at all.

For some, the longer we’ve been at the relationship game, the more entrenched we may become in believing we deserve less.

We make excuses for the lack.

We say the few moments of attention are worth all the hours of heartache. We break it off and somehow find ourselves back in this dance with this person, over and over again.
Some wonder where the strength and decision-making skills we had when we were younger went. We used to be more discerning and, perhaps, we were always the ones who left the relationship. Now we find ourselves unable to move on or unravel these ties that bind.

I see it often, and I’ve been there.

If we want change, it’s up to us. We have to take the focus off the other person and place it squarely on ourselves. If we think getting over this person and moving on means to focus on their flaws, all we’re doing is prepping ourselves for another relationship that will cause us heartache.

We have to believe that we deserve the whole enchilada, but first we need to see why we believe deep down inside that we don’t. From there we start to create changes within ourselves. Once we gain clarity and start to treat ourselves with value, our confidence will grow and then we make better decisions.

Connect the dots. Where does the anxiety of abandonment begin? Go back to childhood. Where did you feel alone, misunderstood or unloved? What did we put up with and where did we wall ourselves off from being vulnerable to this same pain again? When we’re walled off, we’re emotionally unavailable too. If that’s the case, then of course it isn’t the person we point the finger at as commitment-phobic or damaged beyond belief. It’s the one pointing the finger.

We attract where we are with ourselves.

We meet the person who wakes us up, even if it is waking up to a cup of cold water on the fantasy we have about our willingness to be vulnerable.

As long as we stay invulnerable or cut off from our truth, we will not move forth, grow or be happy.

Once we decide that our current lot in life is no longer an option, we can commit to ourselves and transforming the beliefs we have, which kept us stuck in these half relationships.

For more on the topic, listen to Podcast #23, below: