Ha! Yes, manifest that guy or gal. I wrote a bunch of letters and like magic, he appeared! (well, okay it was a bit more than the letters–I had to actually want to receive the relationship)

We all talk about the Law of Attraction. Some of us think it’s bullshit. Some of us believe that the Law Of Attraction works for others, but not them. And some believe they can manifest a mate when they’ve been good or followed the rules. I definitely call bullshit on all that.

If you would have asked me a handful of years ago and longer, I would say I was the victim of my own crap. I told myself crappy stories about what was possible for me and I looked longingly at what others were able to have when it came to relationships.

What did they have that I was apparently lacking? How come it was easy for them to meet someone and all I attracted were people who it was a one-shot date or people where it turned into dysfunction junction with them. I always seemed to have an issue with guys who liked me too. There was something I could pick apart about the guy, then I could go home and feel disappointed and feel sorry for myself that there was no one for me. I was convinced I was doomed forever to be alone.

All this hoopla did was to feed into my crappy-ass negative beliefs, these beliefs of course were meant to keep me safe. Protect me from change. It took me a long time to get that the fear I had was really driving the wagon and controlled what I focused on (the guy being the issue) rather than me taking a look at my beliefs and what fears they held in place.

And yeah…I realized about 8 months before I met my husband that I was scared shitless. Standing in my bathroom realizing I was MY OWN biggest issue. It did not matter how many times before this I had tried to manifest my partner–I realized I was SO FAR AWAY from a relationship because of my fears. SO FAR AWAY.

And yes, I just did mention “in the past,” yeah…I spent years buying books or listening to someone tell me how to manifest my partner. It did not work a lot of the time, because I was not connected to myself or what I really wanted. (and I secretly believed it would not work too) I would try to be Polly Perfect or act like I was 100% Positive Paula when I was feeling everything would not work out as I focused on bringing in “the one”.

Anyways, in the past, there were other times, after I was divorced that I really did connect to some part of me–not my real feelings or authentically who I was (though I would have told you differently back then) in my heart. I was connected in a way to my head…what my head and my emptiness said I needed. I needed guys to rescue me emotionally (but I never would have said that then–I played it cool as a cucumber til I was attached then I was fucked). 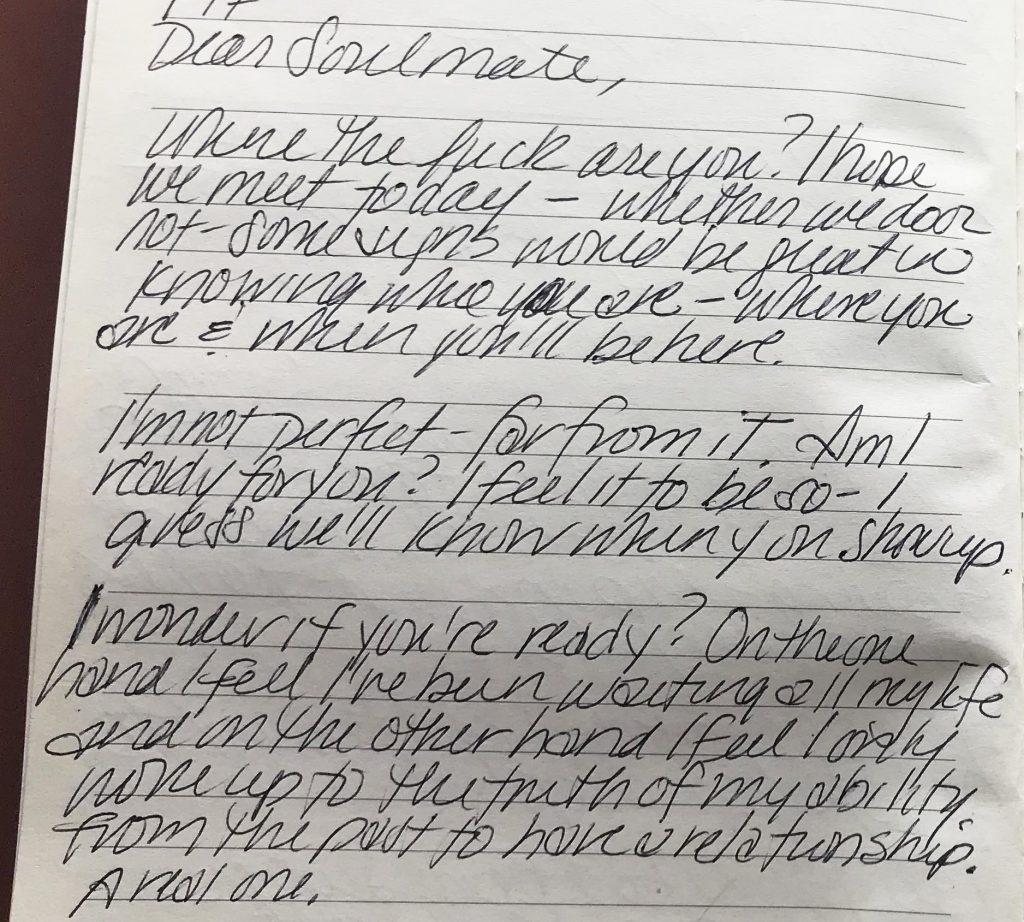 I set my sights on believing no one was gonna show up and be functional because it always had to have that intensity or out of this world chemistry for me to think “yes, this is it!” I manifested two relationships right in a row that were the last of their kind. The kind where I was insecurely attached. I would say I manifested those–because I put energy in that direction, worked my ass off to be open to meet someone. At the same time. I totally lacked the clarity about myself and what I believed I deserved.

My life took a huge turn when I committed to wanting a good, healthy relationship. It was hard work to actually stick to what I said I wanted (which the problem mostly came from keeping the commitment and not letting fear take over). I had to surrender over and over again. I decided to start writing letters to a man I had not met yet–honest not bullshit letters. I wanted to have a real relationship and I knew it meant me being real, not fake and falsely positive.

I started with the intention of learning about myself toward meeting my guy. I had no idea how long it would take (compared to the past where I demanded a time/date) and it was okay. I knew the important part was my willingness to go on this journey. To be open and available. 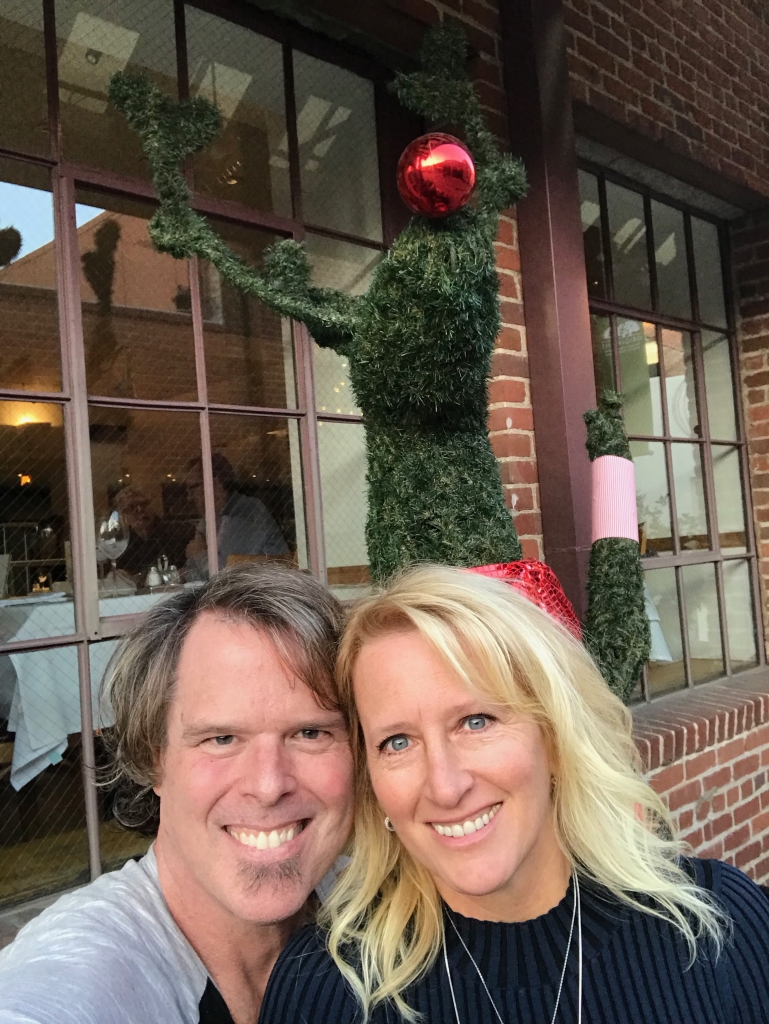 Two months after I wrote my first letter I met my husband. He proposed exactly a year after we met and married about 7 months later. Yep, I never worked less hard outside of me and harder inside to be open and allow fear to do whatever it was doing (but kept surrendering to) while I kept focused on what I wanted.

Having clarity and honesty about yourself is the key to attracting the partner for you. And that is what was the game changer was for me, I wanted a partner who would love me as I was in that moment. All you gotta do is make up your mind, feelings, inner wisdom and soul to do it! Ha! Sounds like a tall order? Not really, it is easy to as long as you keep getting out of your own way.

And so for you, I put together this mini-course, which includes my letters and guidance on how to manifest your honey bun!!! I made it affordable for everyone, under 30.00 for 30 days of instructions! You will get 6 videos and plenty of downloads full of information to get you where you want to be–hand in hand with your own honey bun!