HOW TO STOP HAVING TOXIC RELATIONSHIPS AND TRANSFORM THE ONE YOU ARE IN!

Join Me To Get What You Want In Relationships!

How to stop having toxic relationships and transform the one you are in!

The elephant in the room is lurking about, you may think everyone else is toxic….but what if you found you have a hand in it too?

Stop for a moment and imagine how much more control it gives you over your behavior, your choices, your happiness and the ability to be a loving and emotionally available mate? You would be able to change what you do to have what you want!

How awesome is that? 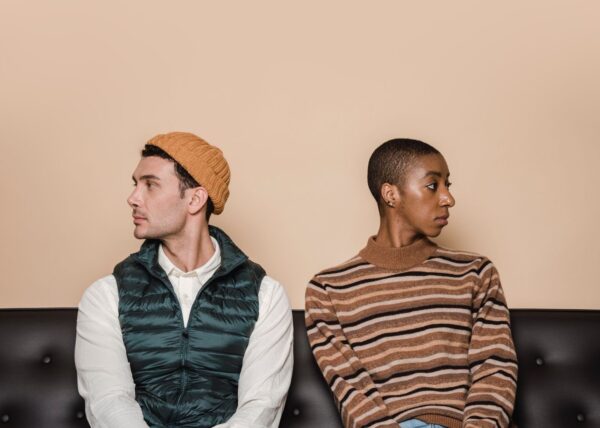 You want a healthy relationship, right? 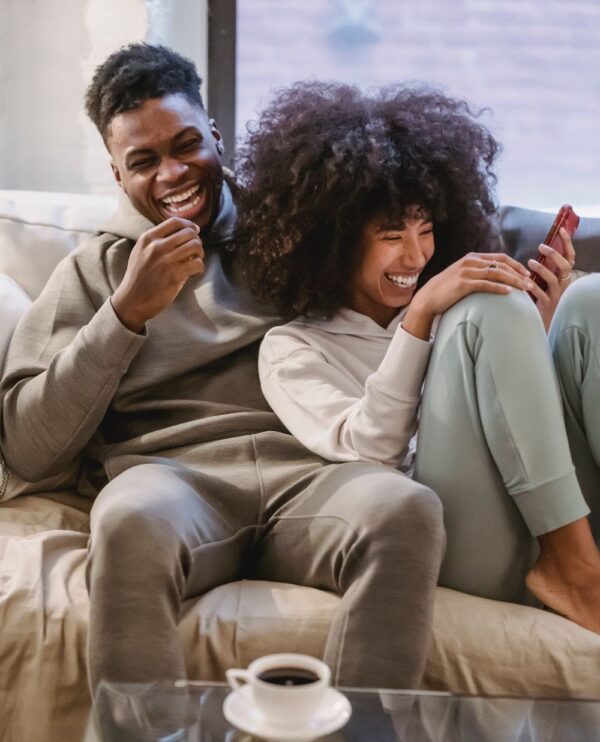 I am offering to help you out of the struggle, pain and feeling stuck in repeating the same toxic relationship patterns now!

It’s a chance to use transformative tools to get out of insecure attachment and become a loving creator in your love life now!! Whether single or in a toxic relationship, receiving and giving love changes how you move toward your destiny!

In those 9 weeks, you will:

We are keeping it short, down and dirty by focusing on three tools to immediately elevate your relationship or desire to be in one from impossible to possible! 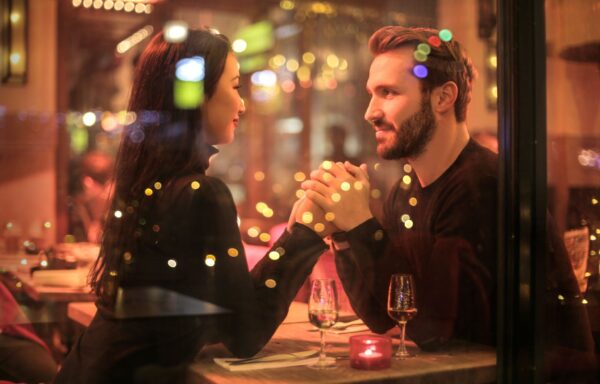 This program is for you:

This program is not for you if:

I have heard it all and frankly there are no barriers to what you want but your fear. I have people who say… but its too much (no matter what the price), nothing will change, too much time, too little time, my picker is broken, I am right so I don’t see a problem in my relationship except my partner and so on…all it means is you are not ready. And that is okay!

But for those of you who are ready now….because you are ready to start living happily in a relationship…you can join the club of success stories!!!

My husband and I separated after 18 years of marriage. Early on our marriage settled into a routine that provided the security I had been longing for. There was no physical intimacy after the first few years; we lived our lives as friends who loved and respected one another. I felt lonely and unwanted. I tried for years to talk about our issues and went to counseling alone and together. We were both avoidant and anxious; our conversations never progressed beyond a certain point. I finally decided to move out after so many years of dissatisfaction.

Jan and I met 8 weeks later. 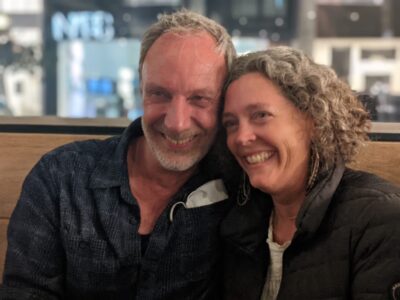 I thought the instant attraction was due to his intense blue eyes  and thoughtful expression. In retrospect it probably had more to do with his stoic, aloofness which is very similar to my father’s countenance and even my mother in some ways.

We had physical chemistry; I felt wanted for the first time in many years. I became consumed with my thoughts and fantasies of our relationship. His communication was very inconsistent which threw me into a tailspin of self doubt. I worked so hard to prove to him that I was special and to convince him of how lucky he was to be the object of my affection. Sometimes he seemed to feel as intensely as I did but other times he would go dark. I took all of his behavior personally.

I shared with him the difficulties of my past relationships and he responded with the sympathy I had always craved. I bounced between being a victim and the hero in my stories. I listened as he shared his history, but more often than not I interpreted the details through my fantasy of who I wanted him to be.

After a year, Jan broke up with me. I was shocked, but at the same time, I’d been waiting for it all along. I could barely function at work and would come home, going right to bed. After a month without communication I began to pursue him again. At the same time I started  working with Tracy. I began to understand my attachment. I saw how hard I was trying to control the context of our relationship. I realized how terrified I was of abandonment and rejection. As I learned to feel my feelings I shared them with Jan. I was afraid because I had so many assumptions about how he would react.

He NEVER reacted the way I thought he would.

I had less and less fear about what he would think. I noticed he started sharing more about himself. The more I tended to and cared for myself the more relaxed he seemed to be. If I didn’t get a text from him, I no longer made mental lists of all the negative things about him. Instead, I asked myself what I needed or wanted from him at that moment. I was able to recognize the ways he showed love and care, even though it was different from how I thought he should do that. Now I see him for who he is… rather than who I want him to be.

All along, he has been the more authentic one in the relationship. Over the past two years, we both have grown and continue to change. Our growth has taken time, patience and courage. We have been together now for 3.5 years. It is still a work in progress but I no longer live in fear of being rejected or abandoned. I trust myself and I am able to trust him.  I recently went through a health crisis and he was there for me 100%. We laugh a lot, and can get annoyed with each other, but we still have great sex (not quite as often).

When I arrived on Tracy’s virtual doorstep I was one foot in my marriage and one foot in an attachment to someone else who was..wait for it…. shocker…also in another relationship! 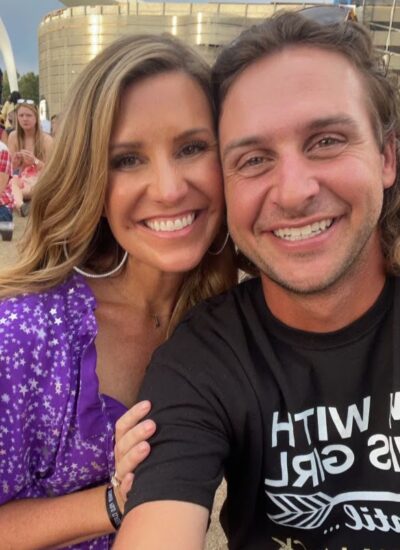 I was running on anxiety and listening to Tracy’s podcast trying to get a grip on my love life.  Intimacy always seemed elusive. I would think I had it with people, and then once they were interested in me “poof” it was gone.  Almost overnight there would be no more  “specialness” and in its place would be a feeling of looming disappointment and claustrophobia.  If being attracted to unavailable people was a sport I would have been in the Olympics.

You would have never known it by looking at me though. I attended church every Sunday; I was a counselor, and my husband of 14 years checked all the boxes of characteristics for the right husband, but behind closed doors I had been threatening a divorce from day one.

I felt deeply ashamed of this part of me that never felt satisfied with who or what I had in my life and that I was always fantasizing about other people.  I was extremely lonely, trapped, and hopeless while banking on someone new to save me.  When my ex-husband and I separated and my relationship with my attachment started to emulate into an actual relationship I was coming out of my skin on a daily basis with anxiety.

Mick was so different from anyone I allowed myself to date.

I mean I could fantasize about someone like him, but not actually date.  But here I was, with this adorable man that I enjoyed immensely, and all I wanted to do was end it.  I felt so out of control, and the only thing I knew how to do in those situations was for me to leave.  I quickly realized that I had absolutely no clue about how to be in a relationship.  I knew how to start one and end one, but not actually be in one.  With Mick (my current attachment) as my case study I decided that I couldn’t repeat the last 14 years.  Something had to change and that something was ME!

So I opened myself up like I never had before.

I started taking responsibility and I implemented tool after tool that I learned from working with Tracy and it completely transformed every area of my life.  Specifically my relationship with my now adorable husband Mick. As my courage grew, his courage grew, as my connection to myself grew, my connection to him grew, and we now share a life together where no one threatens to leave and no one wants to be anywhere else.

I wake up every morning and feel extremely grateful that I finally realized I was the one that needed to change.  That I was the problem.  And that I was the solution.

A Note from Tracy

My name is Tracy Crossley, perhaps you know me from my podcast or have found me on my website. My own success story from insecure attachment to love and a solid business are highlighted here. I have been there and done that…and I no longer live in any relationship with anxiety or avoidance.

The tools I will provide to you will make a major difference inside and outside of you. All you have to do is say YES to yourself!