Skip to content
What Do I Have To Be? 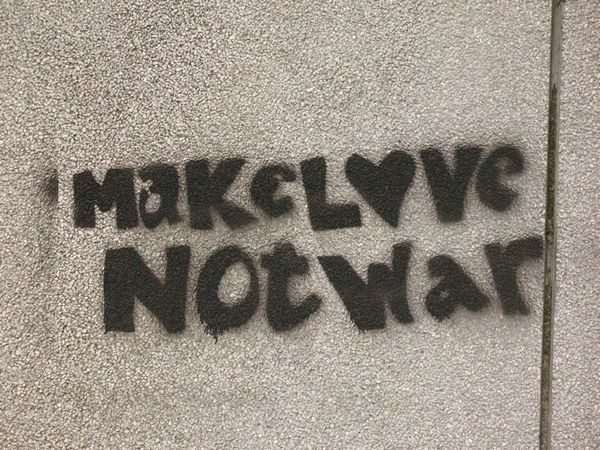 I could ask anyone (friends, family, strangers and those who don’t like me) “What do I have to be?” and get a variety of answers.

Think about it… what would that mean in your life?

Of course you can ask people on Twitter and they will call you a “sweet soul” or say “you’re amazing,” or that they’re “honored to follow you” without even knowing you. Do you have to live up to those words?

What if you’re a pissed-off soul, a sad soul or (shudder) an asshole soul, like me?

I laugh as I write it because we all have our crap: things that aren’t very nice.

Many of us hide ’em to get past our own judgments, opinions and expectations.

I remember asking myself, “What do I have to be?”  because it seemed other people were always the answer. Their opinion mattered more than my own. As a kid my parents told me I was unlikeable, so I wanted to hide the fact that I was some kind of “asshole”. (Whatever we think we’re hiding, you can be guaranteed it will come to the surface sooner or later.)

I became a rescuer and a clown. I toned down my intellect and any needs I had. Problems? What problems? I fit on the outside, while the inside just cried and became resentful. Until one by one these facades I created to get validation I was OK were impossible to maintain.

Lying to myself became a non-option.

So the question remains, “What do I have to be?”

Ever notice the people on TV or in movies who’ve distorted how they look as they age? Or ruined their bodies trying to achieve “perfection”?

Who are they making happy? Certainly not themselves.

They asked the question, “What do I have to be?” and listened to someone else tell them there’s only one path to success. No one (not them or the person advising them) gave two shits about happiness, peace or personal joy. It’s what happens when you’re missing the keys to your own front door.

Ask one of them if they are happier or if in fact, just more insecure.

I nicknamed myself “asshole soul” because in my fear I hid the seven-year-old asshole in me, having no idea that my fear-based actions would someday be my undoing. All of it originated in my lack of value, so why did I think others could give me what I couldn’t give myself? I figured I could show up perfectly; I was the rescuer. So when I stopped devaluing myself and started standing my ground, I learned something.  You survive when people stop valuing you. You learn you don’t die.

Even when you’re an asshole soul like me, one thing I came to know is no matter what, people perceive you however they choose; not how I chose for them. So why not start valuing who you are, flaws and all?

How do you do that, you may ask?

Pay attention to your insides screaming NO (and don’t say yes).

Stop pretending. I didn’t realize how much I had been burying my true feelings… so when the end came to a relationship, a job, a business partnership, it held true: I couldn’t pretend that I felt differently or that I could go against myself any longer.

To quit all facades requires an emotional opening, one which weighs into the side of “I can no longer conceal pain or suck it up,” you will feel it emotionally and physically when you’re ready to really step into valuing yourself.

Take inventory with yourself. For me, I can’t maintain relationships with people who are uncompromising, take NO responsibility, bash me and then pile blame on me. That is non-negotiable. So is inconsistency, and people who say things but their actions say something totally different.

Don’t make fear-based decisions (So what if someone makes a raspberry at you?). They always create pain for all involved. Let me explain this a bit. You can get caught up in processing fear; it can get your brain speeding through multiple scenarios and even convince you to head in a direction based on fear BUT you can stop yourself before a choice is made.

It might make you an asshole soul like me, but I guarantee you’ll be able to live more harmoniously with yourself in honesty. You’ll feel for other humans, contemplating “aw shucks, do I have to be the asshole this time?”  Folks, it doesn’t matter, people are going to think whatever they think. We can’t prevent them, and for those of us who try to be pious or self-righteous, that’s a bunch of bullshit too.

I had a brief exchange with a friend about the presidential race; she was stating one candidate was dirty. Statements backed by emotions, not facts, tend to irritate me.

Pious and self-righteous actions don’t fly with me, so I said to her, “I can go look in the mirror and so can ANY human being, and say I’m dirty.” Perhaps not with intention, but because we’ve all made shitty decisions and horrible mistakes. I said, “Can’t you say that you’ve done less than stellar things, perhaps even ‘dirty’ deeds?” And she said, “yes.”

We condemn so easily, and the question is, “What do I have to be for you to like me or not judge me or to cut me a break?  The answer is ME.

We have to accept ourselves, and stop blaming others, even politicians. They show up the way they do because we create the fear-based battlefield for it to happen (open up a history book and watch how we repeat fearful actions over and over). If we busied ourselves by being who we ARE and not who we think others will accept, then this world would be different.

It would be peaceful because if I’m loving me as asshole soul and you’re loving you as asshole soul, then we would have a love-fest going on and could really love each other because we would be filled with love, and recognize our shared humanity.

Fear is the only thing that asks: What Do I Have To Be?