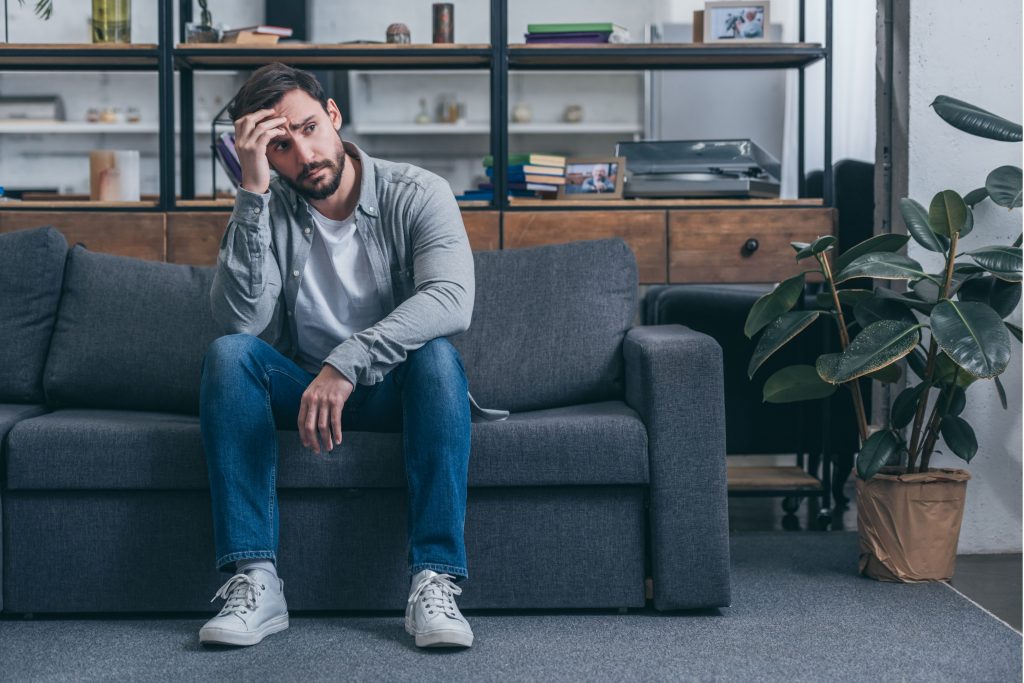 No one likes it, but those who are securely attached deal with it as part of life while Avoidants go to great lengths in an effort to avoid it.

Who are avoidants or those who are anxious avoidants? In the world of insecure attachment, these people are the ones who wanted nothing to do with emotional bonding for fear of it swallowing them up. At least on the surface; although many desire love at a deeper level, their conditioning from childhood can keep them running from anything remotely looking like emotional intimacy. In theory, it sounds great to get close, in reality, the fear of pain can have them looking for an escape hatch.

As a kid, with emotionally unavailable (meaning anything outside of consistent love and emotional bonding) caregivers, it was painful. As with others who are insecurely attached it just seemed better back then to devise a strategy to avoid pain. With any conditioning, much of it is on autopilot and without awareness, you may never know what you are missing out on!

The problem with “avoiding” pain is that you also avoid happiness because you can’t selectively avoid or numb negative emotions while only allowing positive ones. You may think you’re doing ok because you aren’t in constant agony and you look pretty good from the outside, but happiness is not the absence of pain. Avoiding any emotion has you avoiding yourself.

Sooner or later you’re triggered, and those negative emotions bubble up to the surface, usually in the form of anxiety. Making a grand appearance at the absolute wrong time—like after sex for the first time with a new partner; in being criticized by your boss, at a friend’s birthday party where you know no one, or during a benign conversation with your friend about where to eat for dinner. You know the drill: you totally overreact to something internally (sometimes externally as defensiveness, accusations or excuses—anything to avoid the deeper pain), realize what just happened, try to go numb or want to run away.

On the surface, the trigger seems small, but underneath is an ocean of pain you haven’t dealt with. Your reaction is not about the trigger. It’s always internal. Always. Maybe your date suggests a time in the future of you being together, and you feel the white-hot fear mixed with anxiety go through you, then quickly change the subject because you don’t want to “go there.” You’re not reacting to the suggestion; however, you are reacting to deeper pain. If you felt like you were either smothered while alternatively ignored or belittled as a kid, and could never doing anything right, the smallest comment about getting closer (and possibly losing power) can set you off.

This pattern as a coping mechanism you unconsciously carried into adulthood does not make for functional relationships.

Maybe you think you handle pain just fine… but do you really? Has the fear of loss (i.e. pain) ever stopped you from getting close to someone? Has it caused you to sabotage yourself, keeping what you want at a safe distance?

The constant avoiding keeps you in a state of struggle because the pain wants to come out, yet you keep pushing it down. And that, my friends, can result in a whole mess of anxiety. In the back of your mind, you worry about being triggered or waiting for the other shoe to drop. You are so determined to mentally manage your emotions where you have anxiety around any situation that may pose a threat: a first date, family gatherings, difficult work conversations, committing to a relationship and so on.

Let’s look at George who was separated from his wife. He had a girlfriend who wanted a commitment from him once the divorce was final, causing George to freak out. He was “happy” with the current status of their relationship because that distance between them meant he wouldn’t have to relive any of the pain he experienced in his marriage. Vulnerability was terrifying, so he kept conversations controlled and intellectual.

He was willing to sacrifice a potentially intimate, emotionally fulfilling relationship in order to avoid being triggered by painful eruptions from his past. His girlfriend, who was anxiously attached was afraid to leave and so they both remained in this unhappy state of struggle.

This pain avoidance played out in my life in many ways. For years, I mentally managed my life; I did what I could to maintain an illusion. Even though I did appear emotionally open, when it came to getting close, being vulnerable or anything which meant I may be seen in a way I could not control—I hid out. I did not have the awareness to recognize that my constant strategizing to avoid my own pain meant I picked partners who did the same. Much of the time I would choose singlehood, even though it sparked a low level of anxiety, I could manage that rather than ending up with the “wrong” partner. When I was dating or in a relationship, I had a ton of anxiety. I was on a mission to find problems, my partner had to be the issue which created my anxious state. I could not sit still; I was either coming closer because he was moving the other direction or vice versa. Of course, I did not recognize it. I blamed them for running, hiding or sabotaging without seeing myself doing the same.

George and I both eventually realized that in order to open ourselves up to others and have TRUE happiness, we had to stop swallowing our emotions and trying to mentally manage life. We had to deal with pain where it lives—on the emotional (not intellectual) level. So how do you do that?

First, acknowledge your strategies for trying to “deal” with pain aren’t working. If they were, you wouldn’t be reading this post. Emotional pain is not external. You can’t swat it away or walk around it. You cannot select people and situations which 100% of the time will not trigger you (good luck with that one). It lives inside of you, so the only way to deal with it is head-on.

Because you have gotten so good at burying your pain, it can be hard to locate on command. Triggers, then, become excellent tools because they are like giant neon signs blinking “Pain lives here!!” When you have an emotional reaction to something, sit with the feeling. Your initial reaction will be to shove it down—distract or blame! Don’t. Just let it come up—whatever it is.

Do you feel it physically in your body as tightness or discomfort? Focus on it and pay attention to what it does. Does it tighten or spread? Does it intensify or does it slowly dissipate? Stay with the feeling as long as you can. Eventually, you will want to connect that feeling to something in childhood. When else did you feel this way? What was the situation? Can you look at that same situation as an adult with a different perspective?

This is a process that takes time, so for now, just focus on allowing the feelings to arise and leave it there. You are reconnecting to a part of yourself that you disowned a long time ago. Just that simple act will change your pattern of avoiding pain. Simple, but not easy. And if you don’t feel anything, that means you’re numb. Don’t worry, you’ve spent many years numbing yourself so it’s the pattern you have developed. Try again the next time you’re triggered.

If you need help through this process, I have some tools that can help you now… check out my workshop series this month, or to dig even deeper join one of my coaching programs.

Pain is unavoidable, and your attempt at squashing it just creates a pressure cooker inside yourself. Instead of waiting for the inevitable explosion, release a little bit at a time by connecting with your pain and allowing those feelings to surface. You may feel like you’re going to die, but I promise you won’t. Over time you’ll be able to take bigger emotional risks, opening you up to a kind of happiness and fulfillment you never thought existed.

For more on this topic, check out the following podcasts:

Journey of Attachment: How Avoidants Try to Avoid Pain

JOA: All about avoidants